For several years, BC northern has co-sponsored All Candidates Forums for the Municipal, Provincial, and Federal Elections in the following communities:

BC Northern donated $5,000.00 to the Canadian Cancer Society for the Kordyban Lodge.

BC Northern donated $3,000.00 to the Prince George Chamber of Commerce for their TrueNorth Business Development Forum.

The Fraser Fort George Regional District agents donated $10,000 to the City of Prince George to install a mural on a downtown parkade. The mural is a gift to the City to celebrate the BC Northern Real Estate Board's 50th Anniversary. The mural is located at the Plaza Parkade in downtown Prince George at the corner of 5th Avenue and Queensway. Here is a picture of the mural: 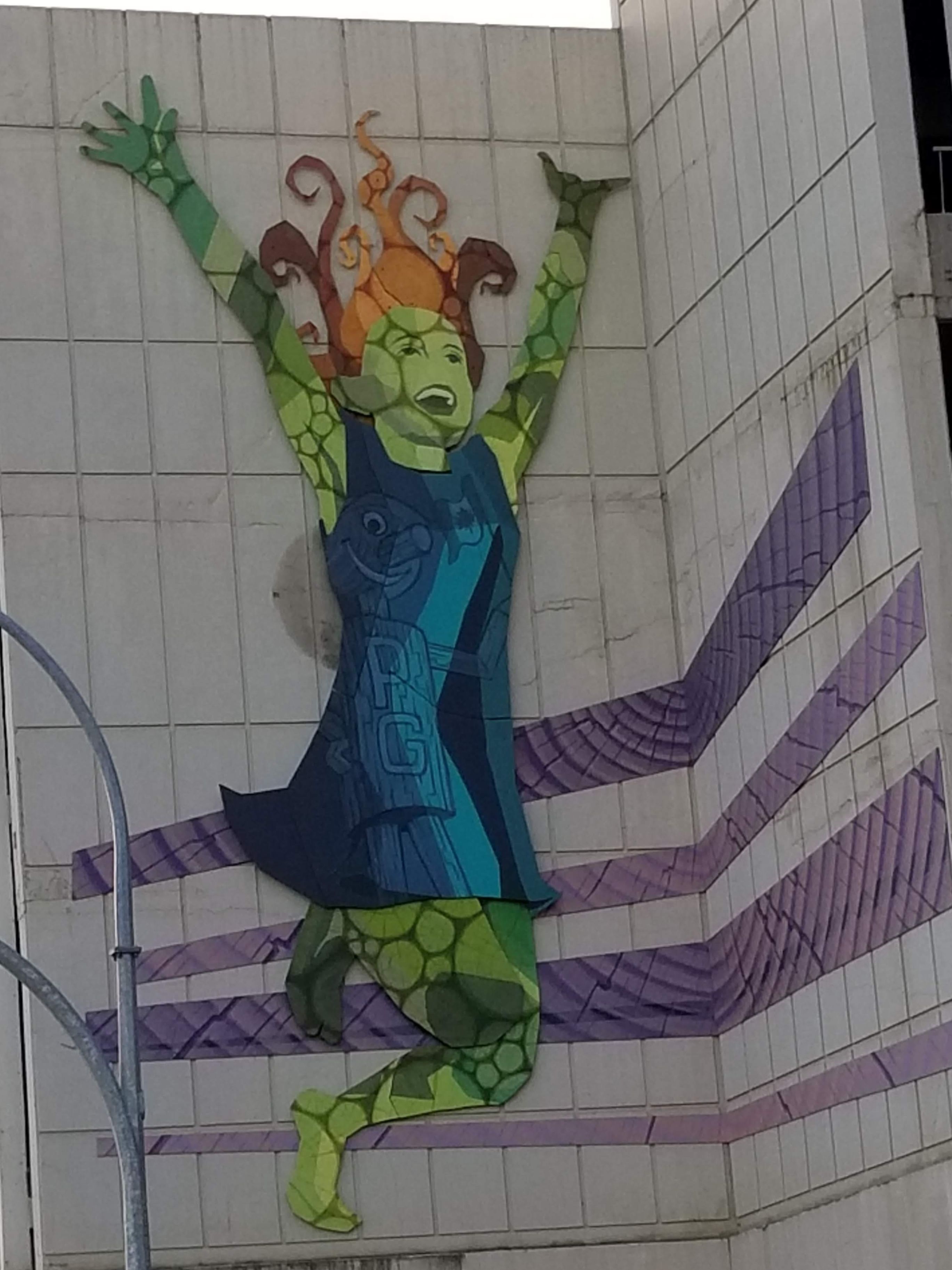 100 Mile House members donated a picnic shelter which has a plaque and sign acknowledging BC Northern's 50th Anniversary. Here are pictures of the picnic shelter: 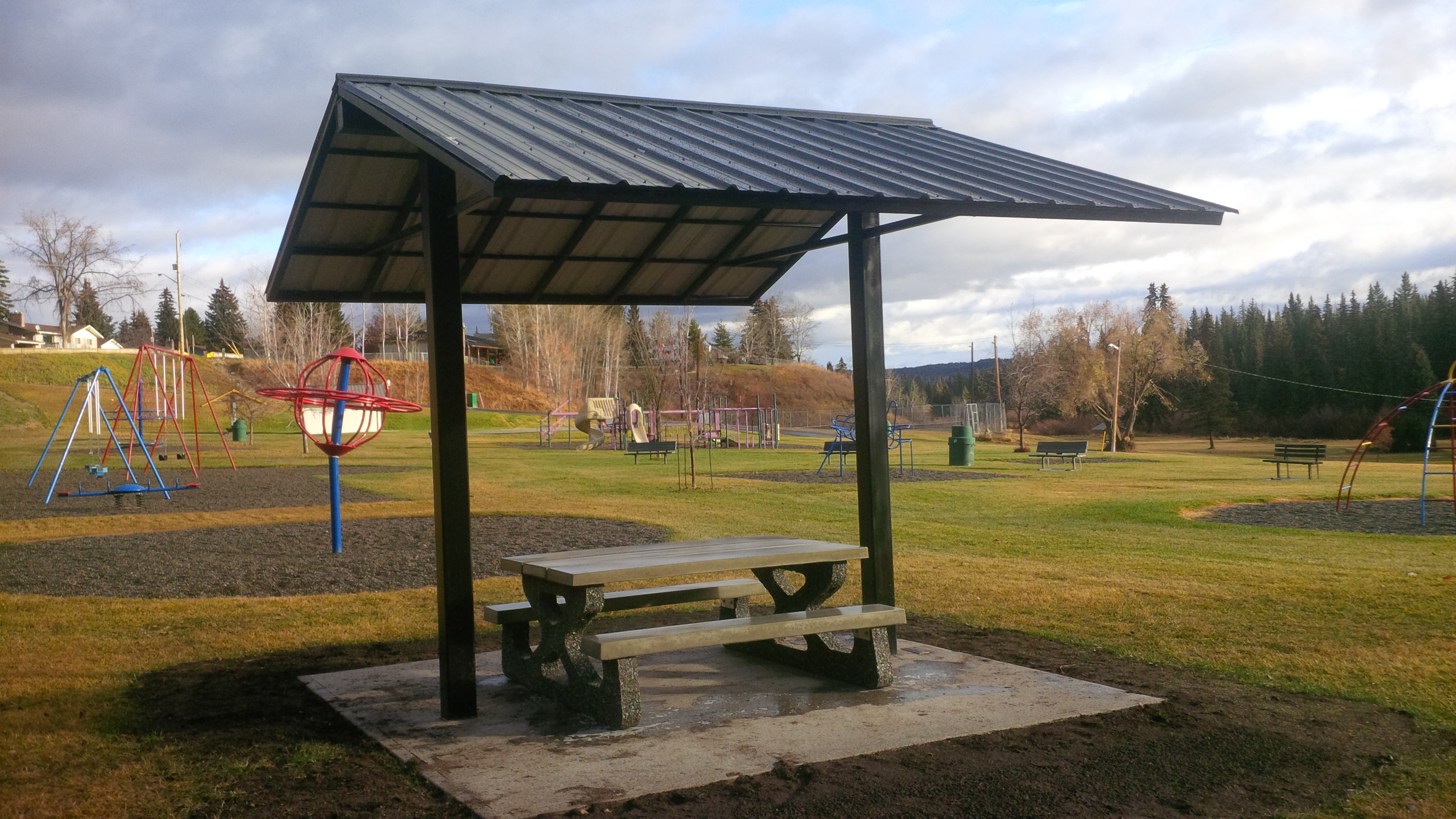 Quesnel members donated a framed picture to the City of Quesnel at the AGM on March 11, 2016. Below are two pictures of that donation: 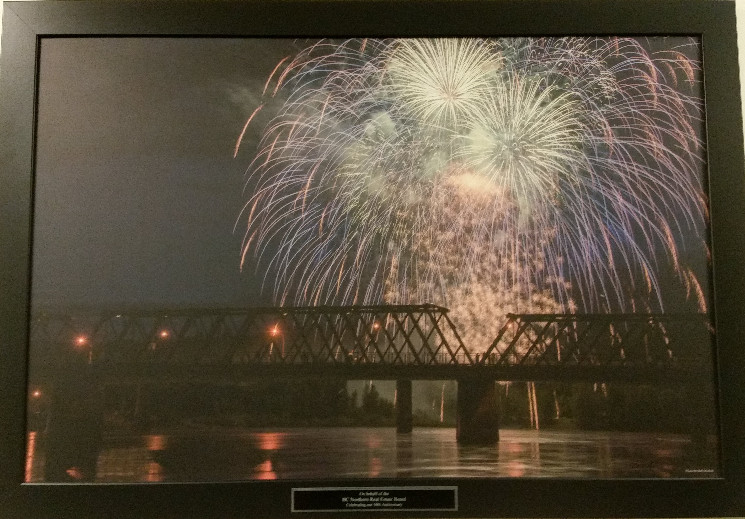 Quesnel members also bought 4 seats at the West Fraser Centre and Arena. Here is a picture of the new arena: 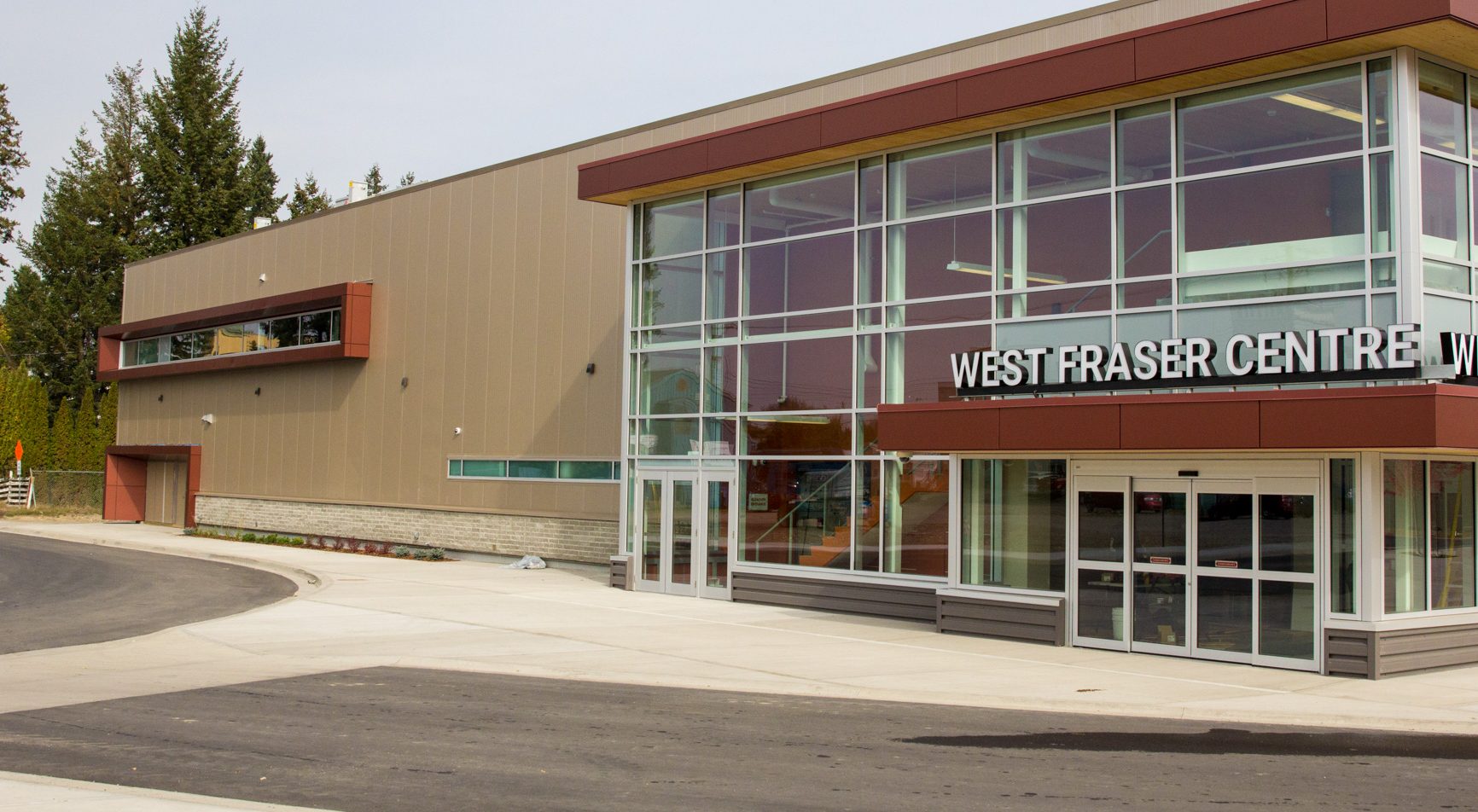 Terrace/Kitimat members bought a park bench which has a plaque acknowledging BC Northern's 50th Anniversary. Here are two pictures of the park bench: 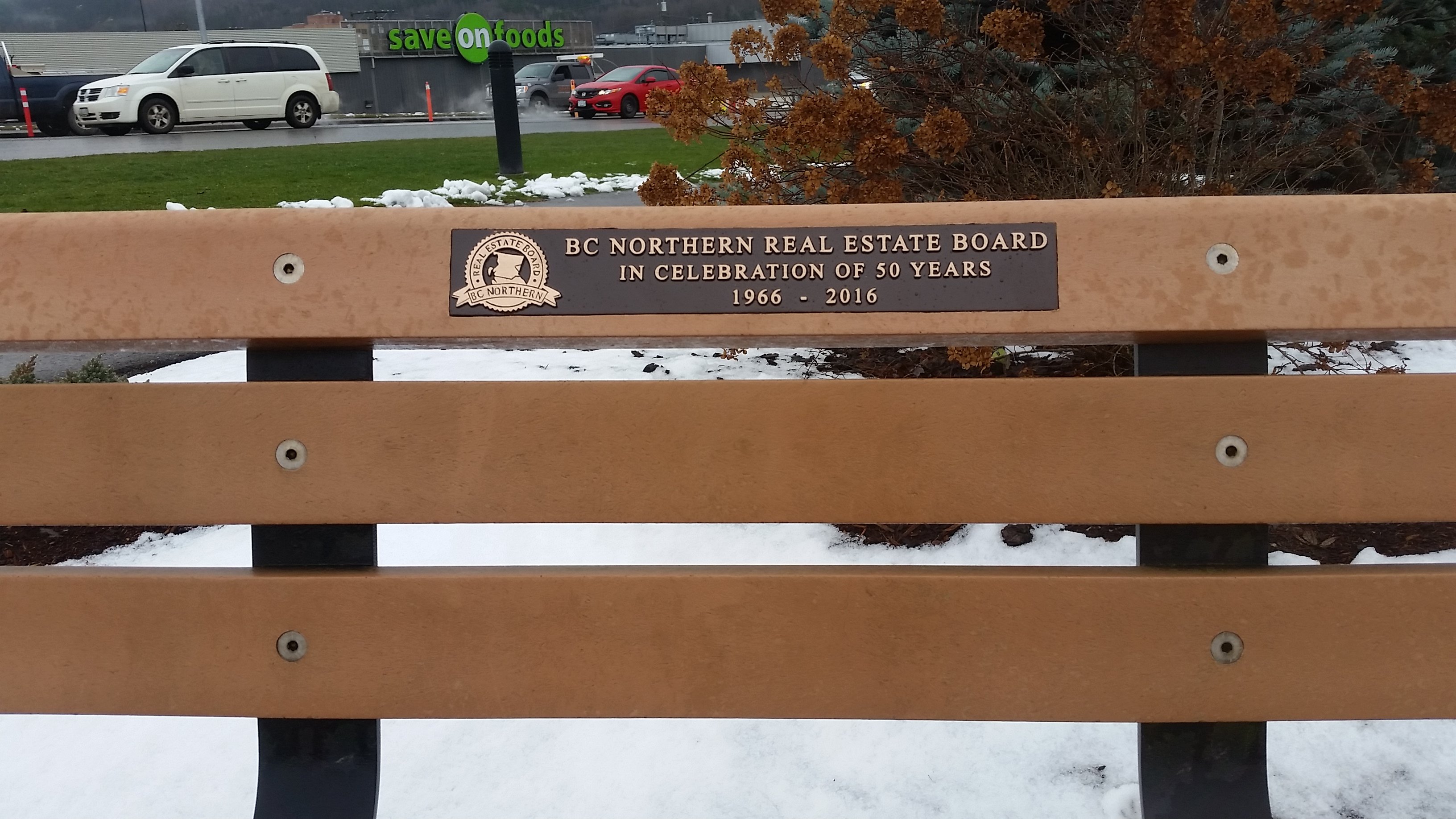 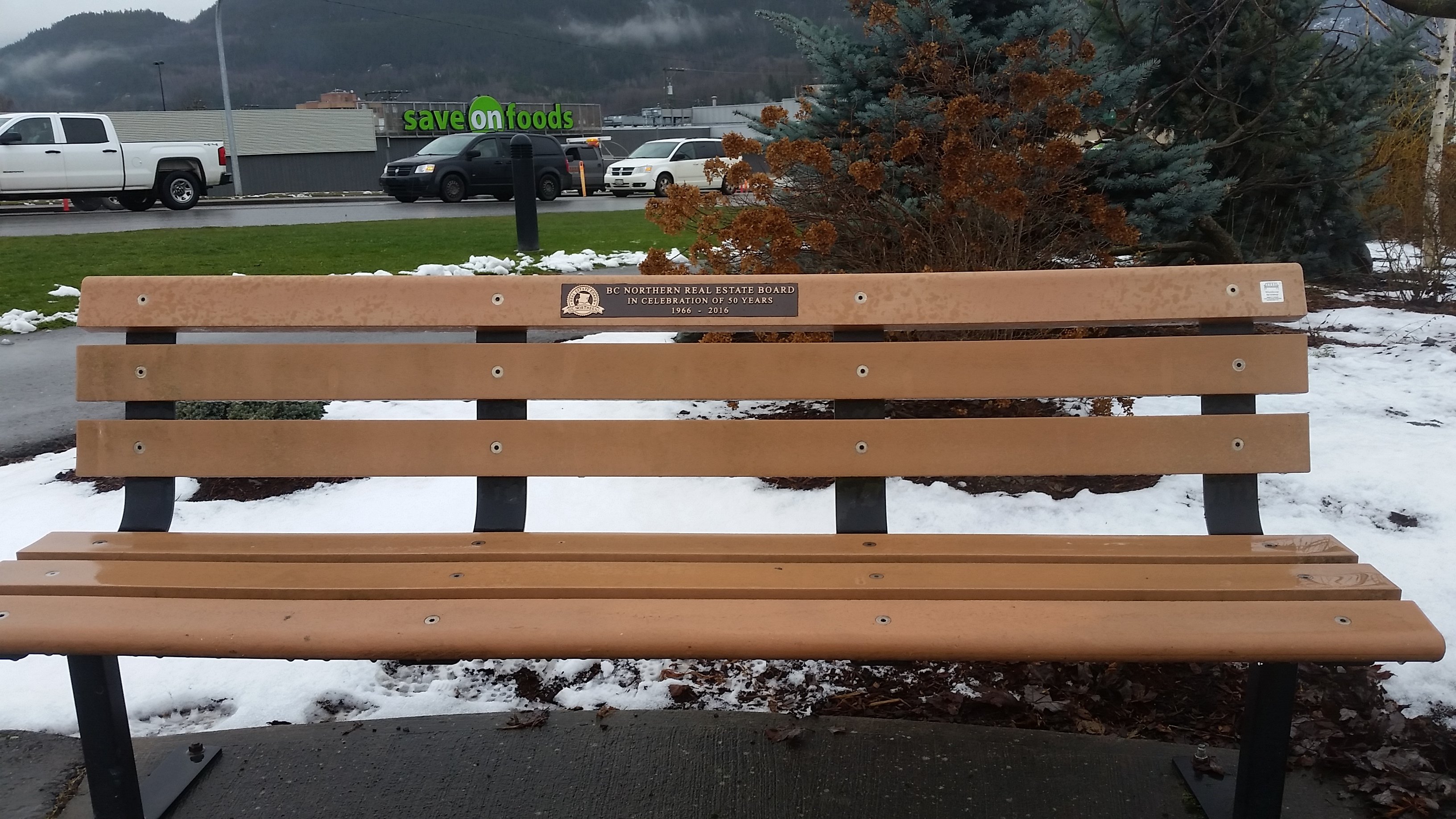 Prince Rupert members purchased a memorial bench which has a plaque that acknowledges BC Northern's 50th Anniversary. Here is a picture of the bench: 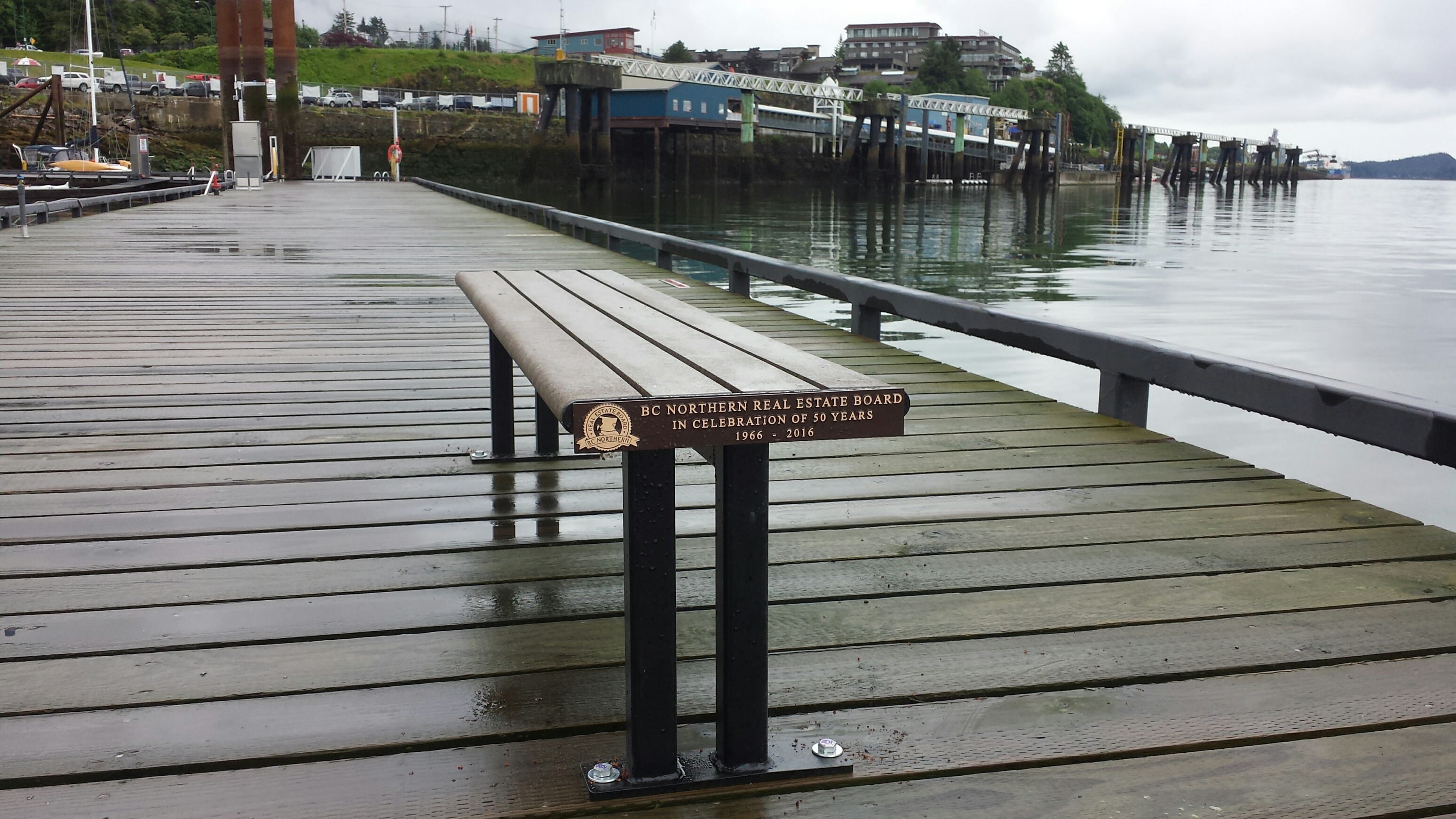 Smithers members donated $1500.00 to Access Smithers. BC Northern will be acknowledged for the donation by having plaque installed on a bench in Smithers, which shows BC Northern is celebrating the 50th Anniversary. 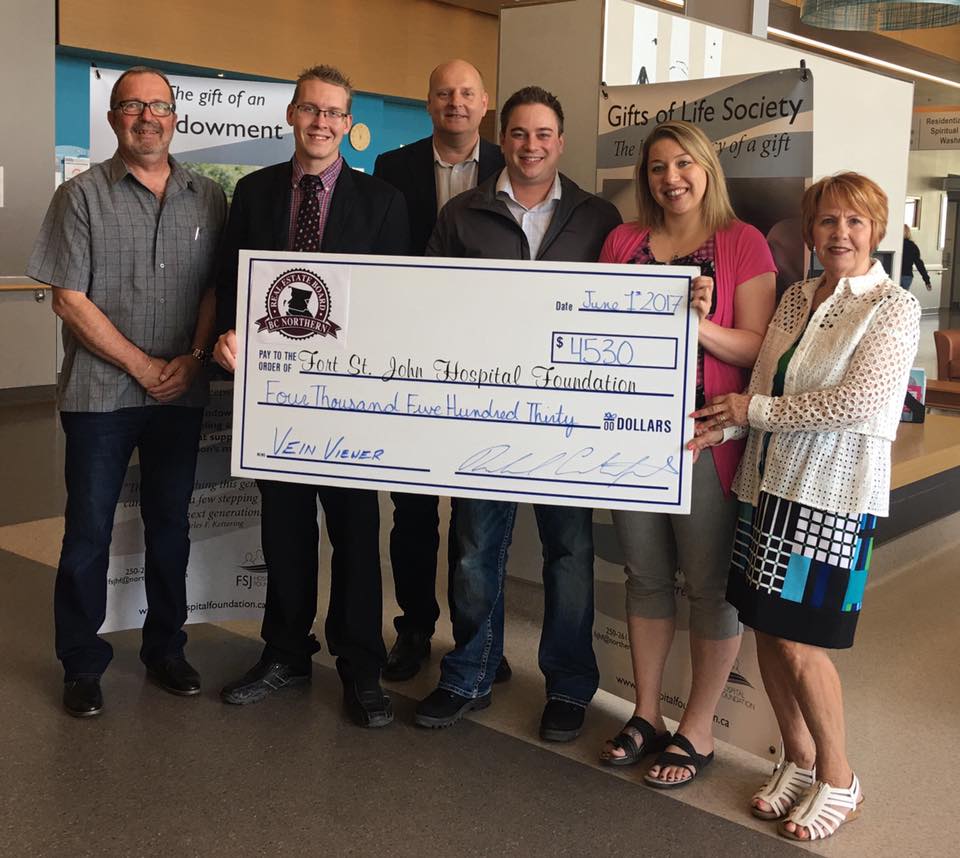 In 2017, the Fraser Fort George Regional District members made a donation of $500.00 to the Prince George Community Policing Victim Services. Here is a picture of Max, a victim services dog: 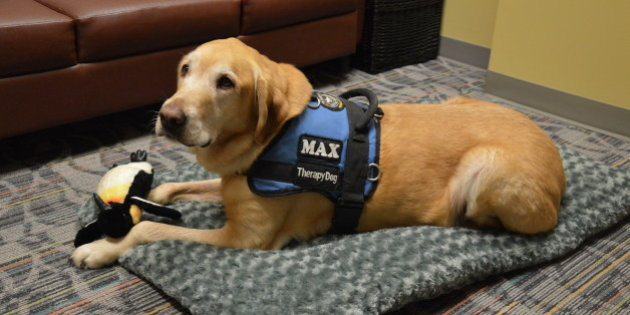 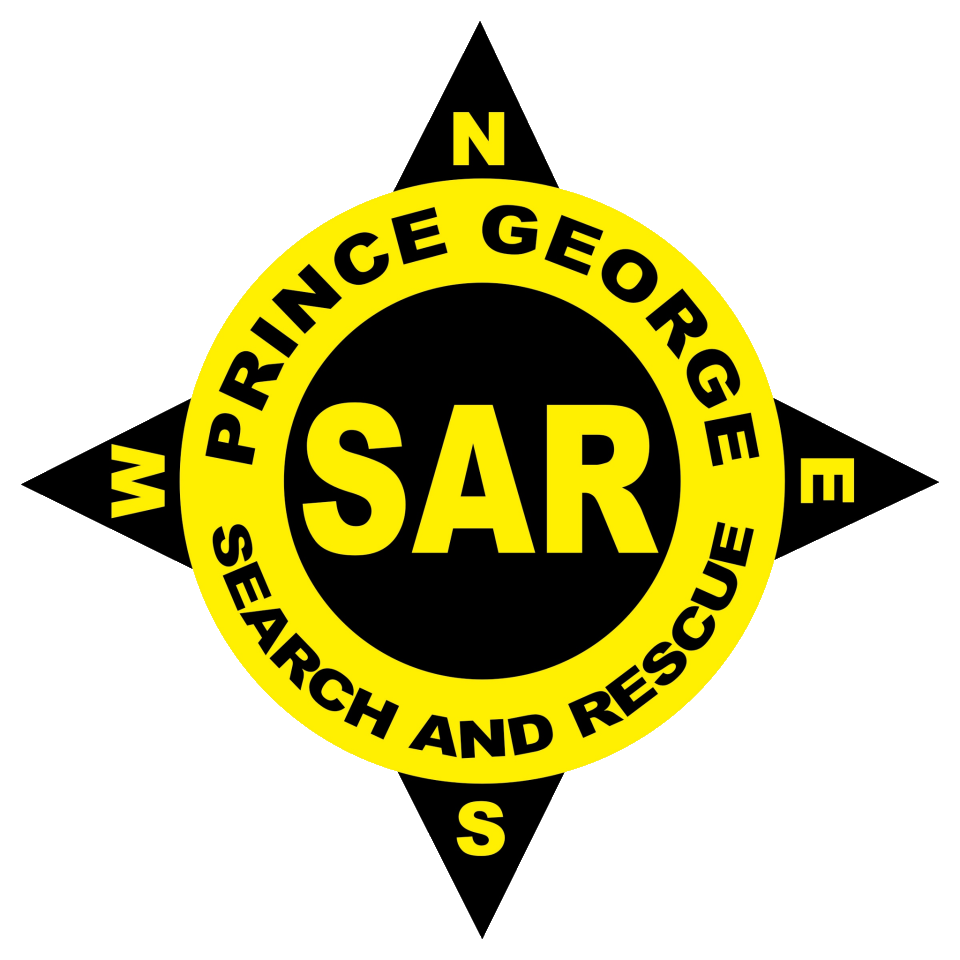 In 2018, the Prince Rupert agents made a donation of $537.00 to the Roosevelt Elementary School.

In 2017, the Prince Rupert members presented a $693.00 cheque to the North Coast Transition Society. Here is a picture of the donation being presented: 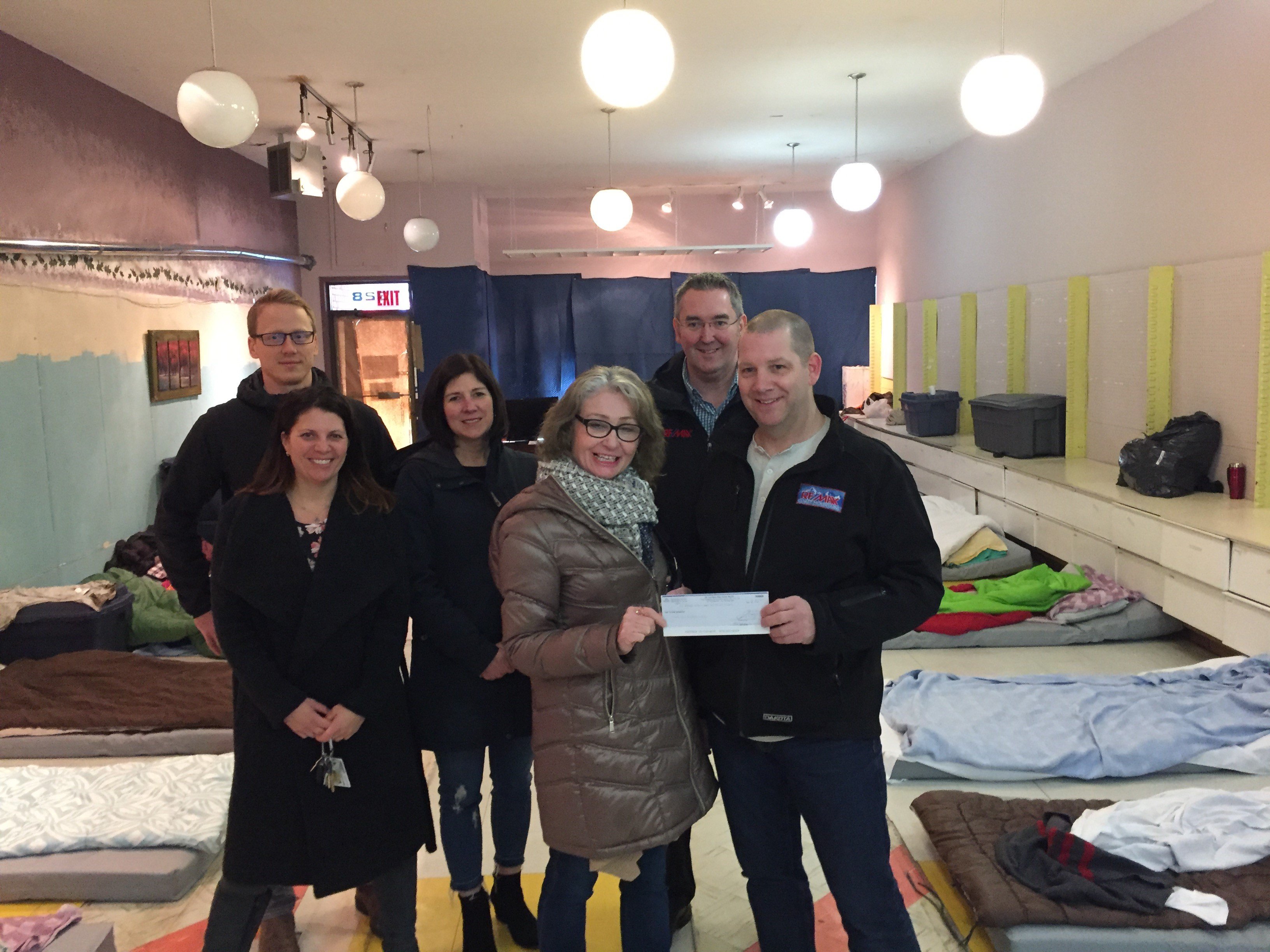 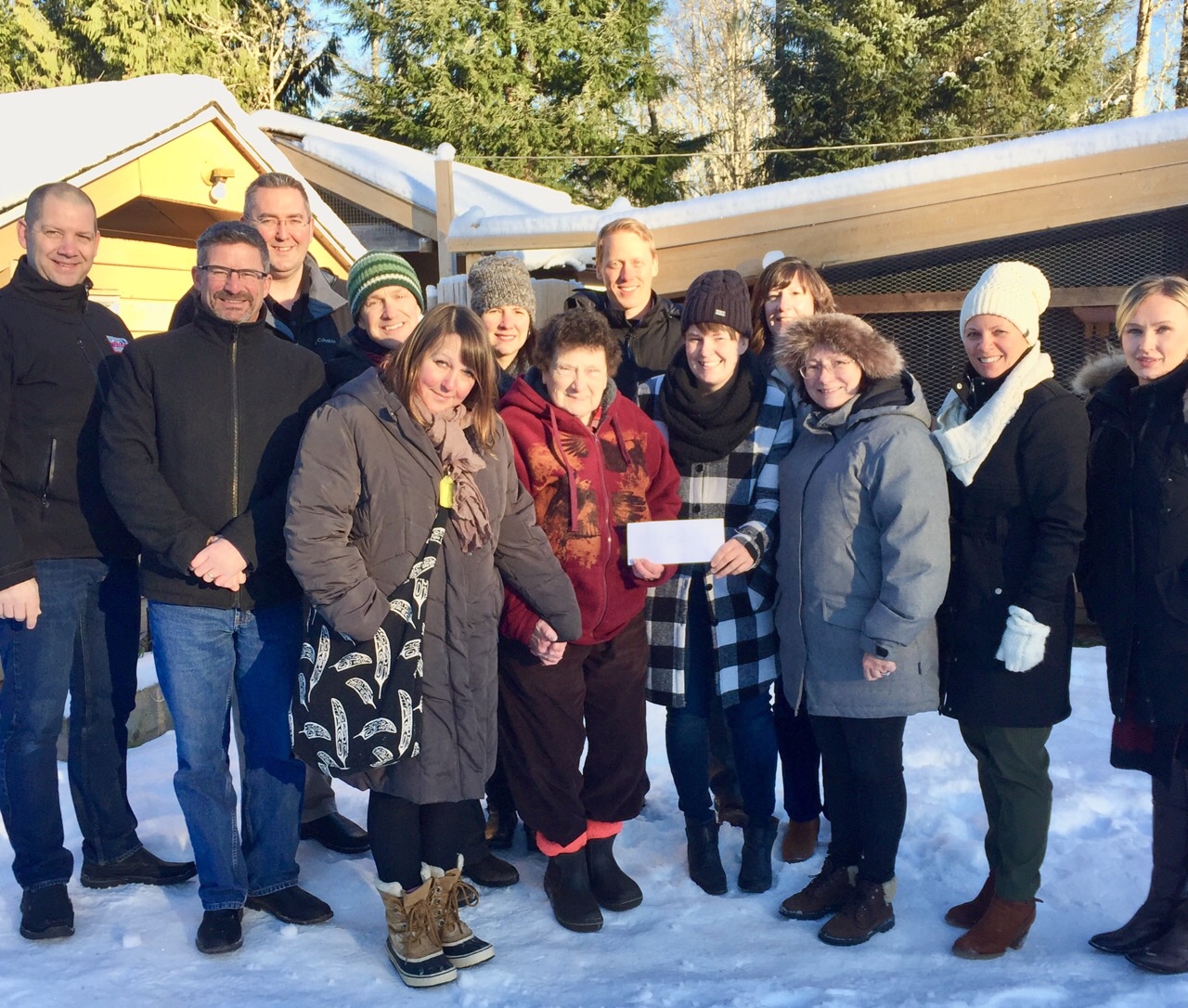 In 2014, Kitimat members donated $134 to the Kitimat Community Foundation.

In 2008, Williams Lake members donated $181.50 to the Salvation Army for the Christmas Cheer Fund.

In 2013, Quesnel members donated $491.73 to the Quesnel Child Development Centre.

In 2018, BC Northern donated $2,000.00 to the Prince George Chamber of Commerce for their TrueNorth Business Development Forum. 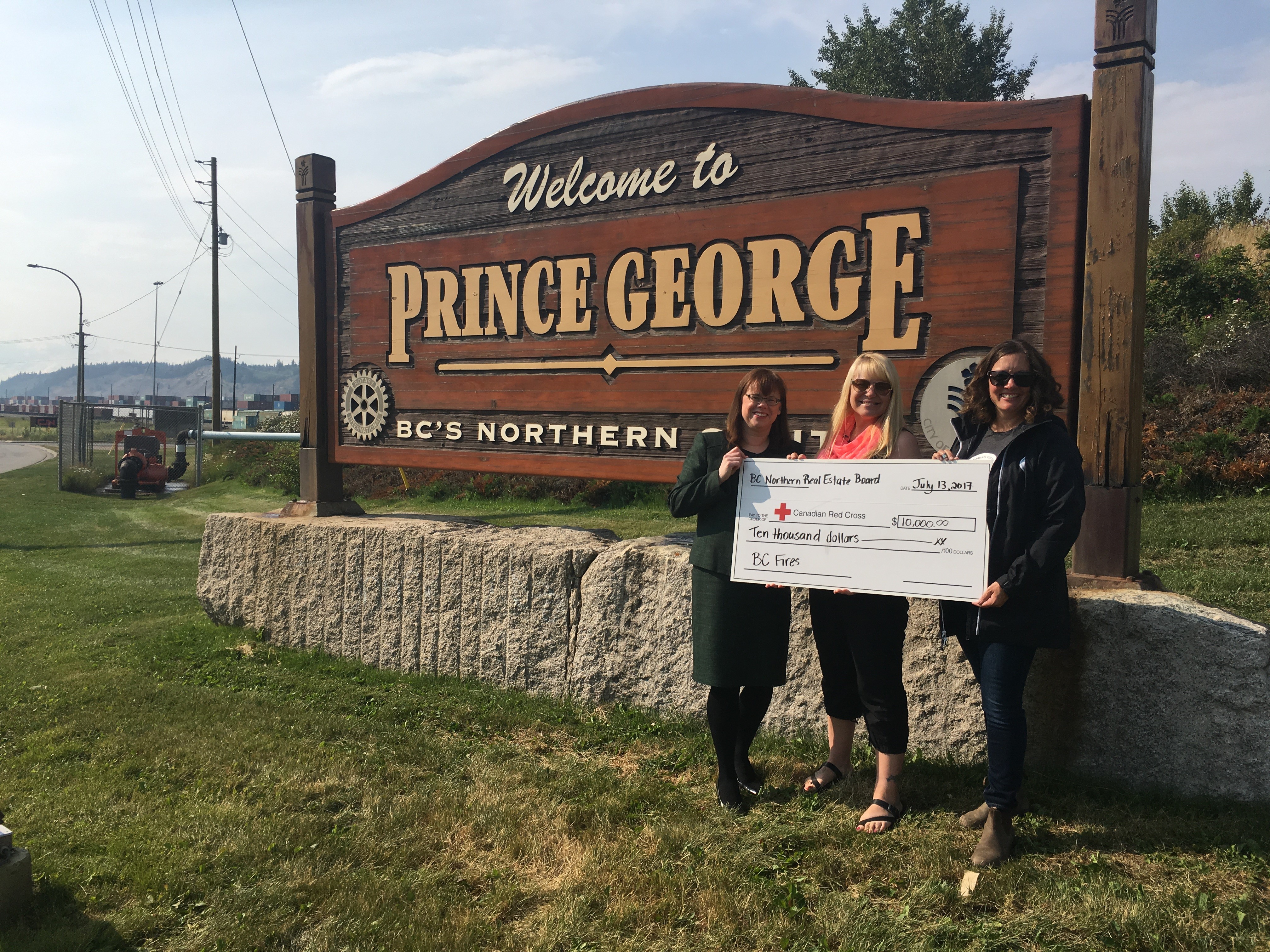 In 2016, BC Northern sponsored a Coffee Break at the Northern BC Housing Conference for $1000.00.

In 2016, BC Northern made a $10,000.00 contribution to assist with capacity building and sustainable approaches to the development of Healthy communities in northern BC.

In 2016, BC Northern donated $1000.00 to the Canadian REALTORS® Care Foundation for relief efforts in Fort McMuray.

In 2016, BC Northern contributed to the Adopt-A-Timberwolf Program with a donation of $300.00. 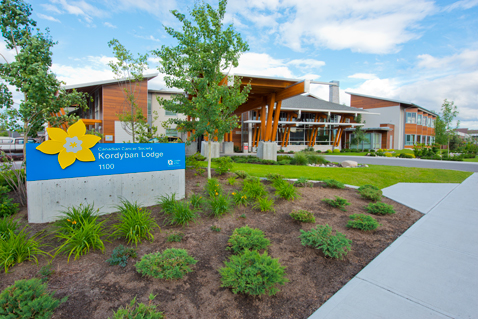 From 2010-2014, BC Northern made a $50,000.00 donation to help fight cancer in our region by sponsoring one of the Kordyban Lodge guest rooms in Prince George.